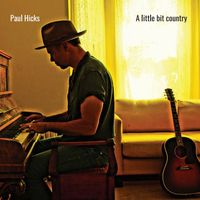 From the recording A Little Bit Country

In the pages of history
There rarely was one who was wilder than he
But of anyone born, second to none was
The second cousin of the Carpenter’s Son

Born high in the hill country
Silent and strong, fearless and free
A late blessing of a solitary son
Was proof that God is gracious so they called him John

John, John, Elizabeth’s son
The prophet Isaiah’s chorus of one
Calling all of Jerusalem
To pave a way for the Saviour to come

So from all ‘round Judea they’d come
For him to baptise them in the Jordan
In the cool, clean water they’d pray
Confessing their sins as he washed them away (hey)

John, John, Elizabeth’s son
The prophet Isaiah said that he’d come
Calling all of Jerusalem
To pave a way for the Glorious One

I bet Jesus cried
The day he learned his cousin had died
John meant it when he said it I guess
‘He must become more, I must become less’